Upton A Community Steeped In African American History and Culture

Upton is one of Baltimore’s historic neighborhoods and enjoys a reputation as one of the nation’s premier centers of African American history and culture. Beginning after World War I, Upton was home to Baltimore’s growing African American middle class, many of whom continue to have a long-standing tie to the community and play an active role in its political, social and cultural institutions. Upton can claim numerous local and national “firsts.” Many of which were born out of racial and discriminatory policies and attitudes. Although separated and excluded by race, it was these patterns and practices that enabled the community to create its place in history. 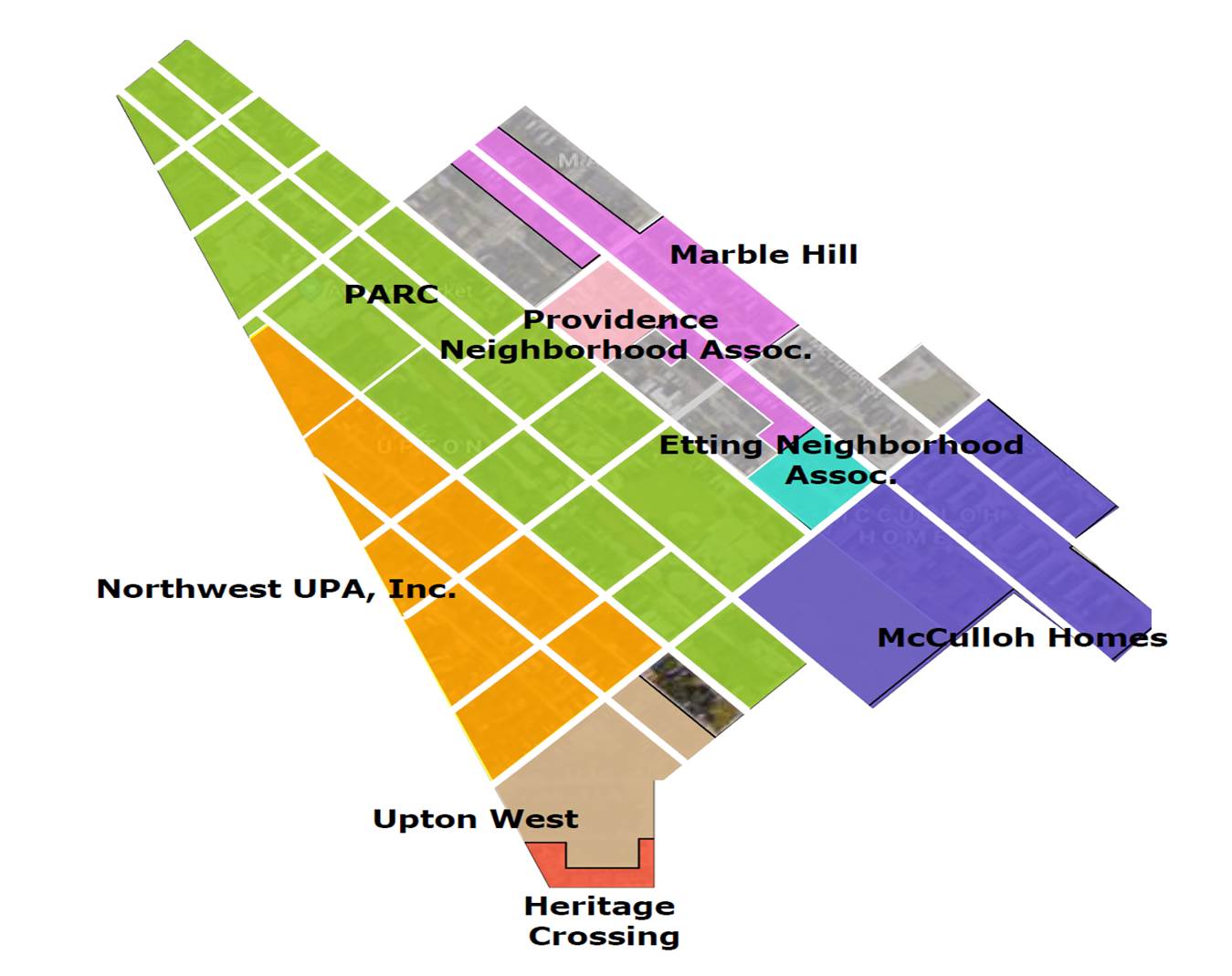 Like many city neighborhoods, Upton began as an outgrowth of country estates, including the Upton Mansion. Pennsylvania Avenue was the primary commercial artery and was the first road to link rural areas to the northwest portion of the City. Most homes built after the Civil War were built on north-south streets. More modest and working-class homes were built on east-west streets and alleys. The majority of buildings have retained their original architectural details although they suffer from substantial deterioration and deferred maintenance.

The Civil War through World War I marked the urbanization of Upton. Investors built the majority of three-story homes along Druid Hill Avenue and McCulloh Street, which were intended to attract wealthy residents. Many of Upton’s churches were built during the 1870’s and reflect the community’s growth and prosperity.

This era also marked the beginning of a strong African American community presence in Upton, many having moved to the area from South Baltimore. Families that could afford to bought the former homes of wealth German residents on Druid Hill Avenue and McCulloh Street. Less wealthy families purchased more modest two-story and alley homes.  In 1910, George McMechen attempted to purchase a home at 1834 McCulloh Street and was refused based on race. His efforts resulted in the City’s first exclusionary zoning laws to prevent African Americans from purchasing homes in certain neighborhoods.

Upton has all of the ingredients to be a thriving, successful neighborhood: great housing, livable streets, proximity to employment and cultural centers, five train stations within a short walk or drive, a neighborhood commercial district and an extraordinary story to tell about its past. Most of all, Upton has a dedicated core of residents, many of whom have lived in the neighborhood for more than 30 years. These stake holders have refused to let go of their belief in Upton’s potential and provided the momentum that moved this planning process forward. The historically rich African American community of Upton is a focus of urban revitalization. Together with the Upton Planning Committee, seven neighborhoods have created a family atmosphere while working to keep the community safe and clean. Shaped like a Christmas tree, Upton has zigzag boundaries which extend clockwise from Dolphin and Pennsylvania along Pennsylvania, Preston, Druid Hill, Biddle, Argyle, Hoffman, Myrtle, Harlem, Brune, George, Fremont, Bloom, Division, Lafayette, McCulloh, and Dolphin.