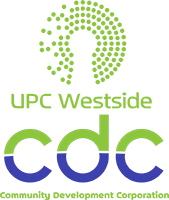 BALTIMORE — A legendary newspaper gets a new home.

Mayor Jack Young announced that the Baltimore Afro-American Newspaper will revitalize and move into the historic Upton mansion in West Baltimore.

The mansion, in the 800 block of West Lanvale Street, has more than 10,000 square feet of developed space.

“We started here in Upton and we are thrilled to be returning to our old West Baltimore roots.”

An estimated $7 million will go into the property.